Creation of an App that put a World of Art at Users’ Fingertips.

Freeman’s and Lyon & Turnbull wanted to transition their printed sale catalogues to digital format. It was hoped this would provide a more cost-effective and time-efficient solution to showcasing lots and driving registrations.

There was a need to provide users with the ability to explore the lots in detail as this was limited with the printed catalogues.

Ultimately the goal was to encourage App users to register to bid on sales, therefore increasing activity at sale time and expanding the two houses’ databases. 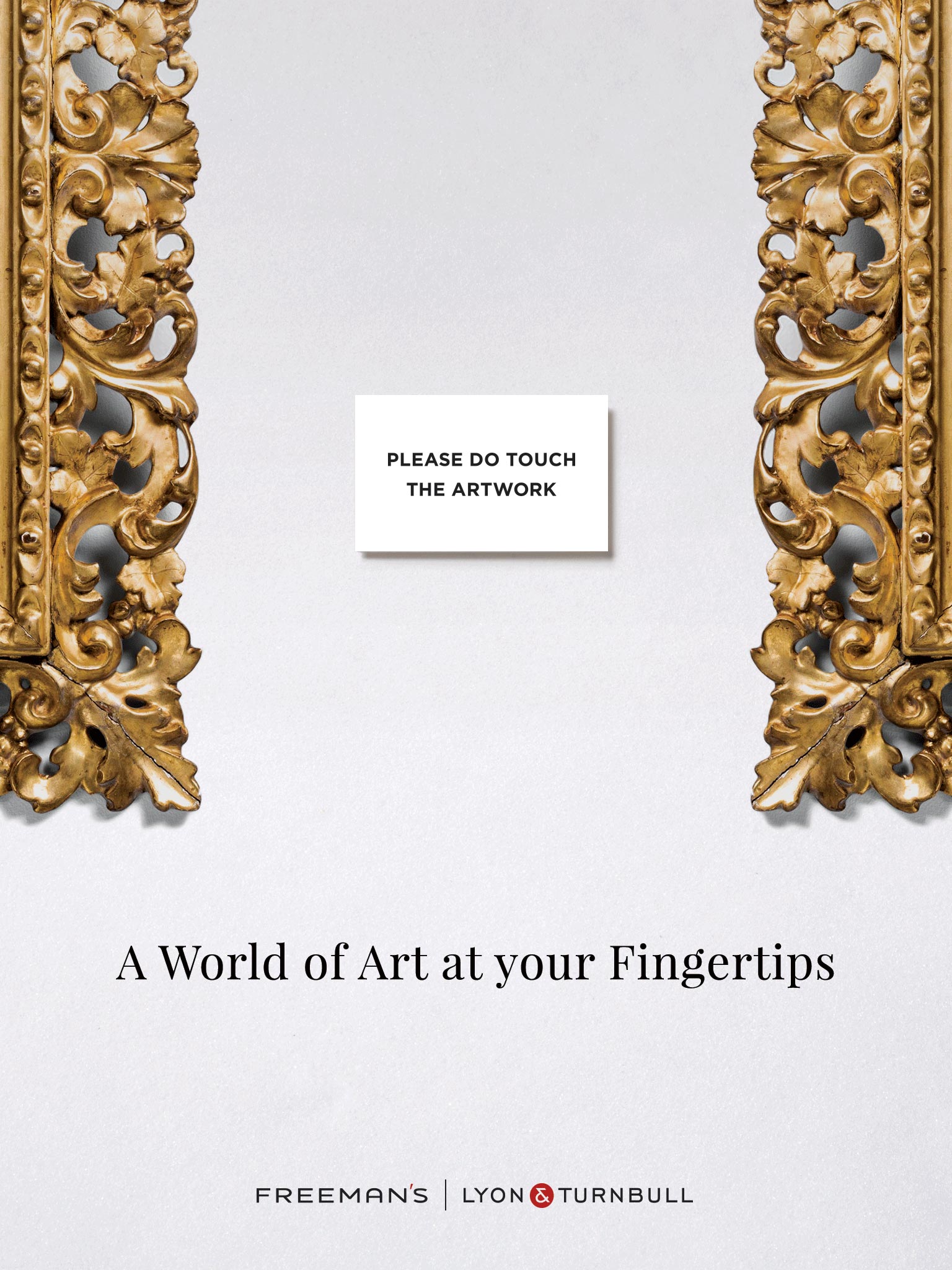 To ensure the images could be viewed in detail and at the highest quality we created a ‘tap-and-zoom’ feature. This utilised the gesture controls on the iOS devices to allow users to zoom in on specific areas of an object or painting.

Guided by the research phase we developed two key features for the app to enhance the experience. The first was to allow users to save lots to their own list, the second was the ability to add notes on specific lots. Both these features have proven popular according to user feedback.

We used local storage (the disk space on the user’s device) to allow the downloading of each catalogue. This feature allows users to browse lots in that sale even when they are disconnected from the internet.

Rather than build two versions of the app from the outset we concentrated on the iPad version for the initial release. This gave the clients time to gauge the popularity of the new digital format and to establish any improvements that could be incorporated into the iPhone version. As well as developing additional functionality we also redesigned the user interface to suit the smaller screens.

With hundreds of lots in each sale, getting the inventory data into the app with minimal effort was a crucial part of the build. Given the data was already in the website CMS, we developed a ‘connector’ to push sale data to the app automatically. All the Freeman’s and Lyon & Turnbull staff had to do was check a box to control the flow of information.

Explore the Creation of an App that put a World of Art at Users’ Fingertips.